Players can access the following areas from the Battle Quests Board: Crescent Moon Island (Any Level) Ship Graveyard (Any Level) 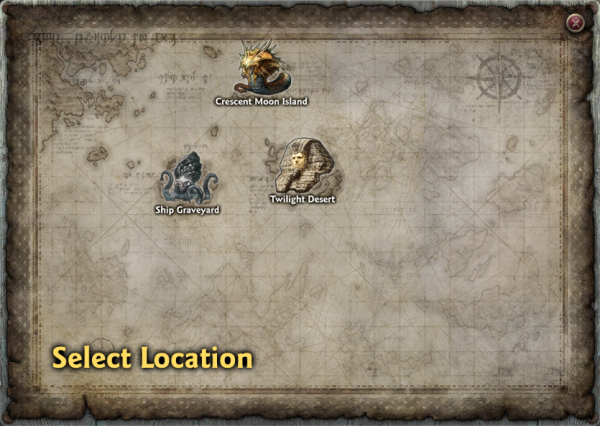 Crescent Moon Island is the first area of Malina's Battle Quests. The island consists of thick jungle, swamps and rivers. This area is home to jungle trolls, turtles, wasps and a massive snake, who the jungle trolls consider to be their god.

The Ship Graveyard is second area of Malina's Battle Quests in Season 2. The graveyard consists of wrecked ships, with rough seas and stormy weather. This area is home to sirens, undead pirates and crabs. A massive Kraken awaits those who dare to challenge it.